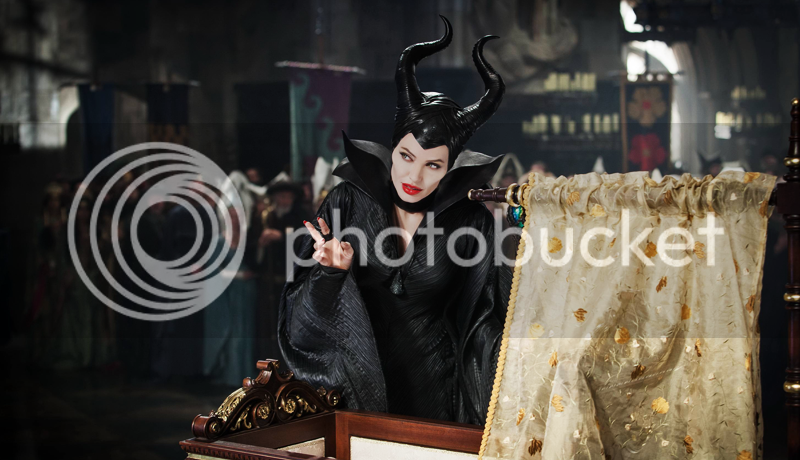 When Disney announced that they were adapting Sleeping Beauty and putting on a twist - that it was going to be from Maleficent's side, I was very excited. Maleficent is such a great character: charismatically evil who never lets emotions get the better of her. When they released photos of Angelina Jolie in costume, I thought, she looked amazing. The trailer further on pique my interest, shooting this movie to a must-see when it gets released. Alas, I was not impressed. Once the novelty wore off, the film turned itself to a lackluster event, and while it had a good message, I felt that it could have gone in a different direction without tainting its original intent.

Maleficent started in a way that all tales do, introduction of the kingdoms, and the back story of what would lead to the events of The Sleeping Beauty. Maleficent was not who we know her as, but rather, she stands as the protector of the Moors against greedy humans. One day, she meets Stephan, whom she develops a friendship with, and eventually falls in love with. Alas, his greediness betrays her, turning her love into rage, and into a scornful woman. She gets her chance to avenge herself when she crashes the baptism of the new born princess, gifting her with a curse we all know very well, that would commence on her sixteenth birthday.

The adaptation did keep itself to the core of the story while changing details here and there. While it looks like a good movie overall, I thought that it could have been improved. For one, there was an excessive use of CGI in the production. Don't get me wrong, its use has been great (a scene in particular was the spinning wheel scene, which I thought was great), but there were some scenes that its grandeur was becoming more of a headache, once the novelty wears off.

Maleficent is a great character. A wonderful villain who knows how to play the game. While Angelina Jolie certainly looked the part, I felt that the writing has taken the aura of Maleficent of the character, and turned her into a vengeful woman who has surpassed her position as protector (declared herself queen) in order to exact revenge on the greedy king. While I do not blame her for executing such things, I thought that the character would have been written a lot better. At the end, I wished that the character was evil rather than just being good. The character could have been written with range, and with Jolie's acting abilities, I think she could have done with range. She did portray the character very well, but I found it to limited that some of her scenes were rather…awkward.

With that said, the movie has patronized the power of a woman, and for a woman-centered film, only Jolie's character seemed to have some kind of movement. I would have thought that the writing could have improved Aurora. I'll never understand the love for the character, but the live version of Aurora is as useless as her animated counterpart. The writing didn't have to deviate on her destiny when it comes to the curse, but it could at least give her some empowering parts that don't just have her frolicking around the screen. The same goes for the fairies: I understand how they must protect Aurora, but they were given shit to work with. While the movie itself is based on other similar works protruding to Sleeping Beauty, can't it be tweaked to show a little content and character development? Even with the story centering on the women, the men could have at least some participation. The king could have been less of a coward (because give Maleficent a challenge, who wants to fight a king who cowers at his enemy? He's pathetic) and more of an antagonizing energy. I have no qualms with the prince. He is as useless as the prince in Snow White and the Huntsman. Prince Philip (who plays a pivotal role in the cartoon) could have been integrated in another character. Like the crow, perhaps? All the other physical roles went to the crow-man, why couldn't he be written as the prince? It was through the minimal movement of the characters that it was easy to just wash away the rest of the actors involved. Elle Fanning usually gives a good performance, but I couldn't appreciate her portrayal of Aurora. Her character was written with only beauty and grace to work with that she just appears ignorant, instead of innocent. Sharlto Copley, as I've mentioned, could have been given more material to work with instead of just succumbing to paranoia. How he is deemed a worthy opponent, or for Maleficent to grieve over (there were barely any redeeming qualities about his character), I wouldn't know. The only actor given work here is Sam Riley, who played Diaval, but even most of his scenes were infused with CGI.

The writer has kept the core story of the tale, but if were going to deviate, then makes changes all the way. Don't just keep changes that are beneficial to one role. The whole movie could have really gone places if not for the writing. I know that there is only one character in focus, but it doesn't necessarily mean that everyone else in production is supposed to stand like wallflowers. They got good actors for the roles, couldn't the script be written to utilize most of them?

A selling point in the movie are the battle sequences, which they exhausted in the first few minutes, and putting it back at the end. I was really excited for the dragon sequence, as it was also iconic in the cartoon version. Again, coming back to disappointment. They really could have used that scene in a different setting that makes it grand, and not just kept within the castle walls. The movie used so much CGI, why not utilize it on scenes that have the potential to be visually grand?

Most of my complaints about the movie are really in the writing, because it could have been improved. The story and the characters had so much potential, and the character itself is amazing, so I felt that the efforts were wasted. So instead of turning something that can be a game changer in fairy tale adaptations, I felt like it took a step back instead. While Robert Stromberg tried to bring us to the world of Maleficent, it was quickly washed out by the way events turned. 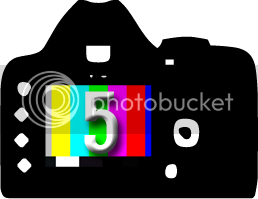 Final Word: While both mediums of the film shouldn't be easily compared to each other, it was hard not to ignore the animated version because it showed so much potential. Besides Angelina Jolie looking the role, the movie was rather lackluster, and could have used a rewrite that better executed all of their talents.
Cast: Angelina Jolie, Elle Fanning, Sharlto Copley
Director: Robert Stromberg
Year: 2014
at 9.6.14
Labels: action, adventure, Angelina Jolie, director: Robert Stromberg, Elle Fanning, Sharlto Copley