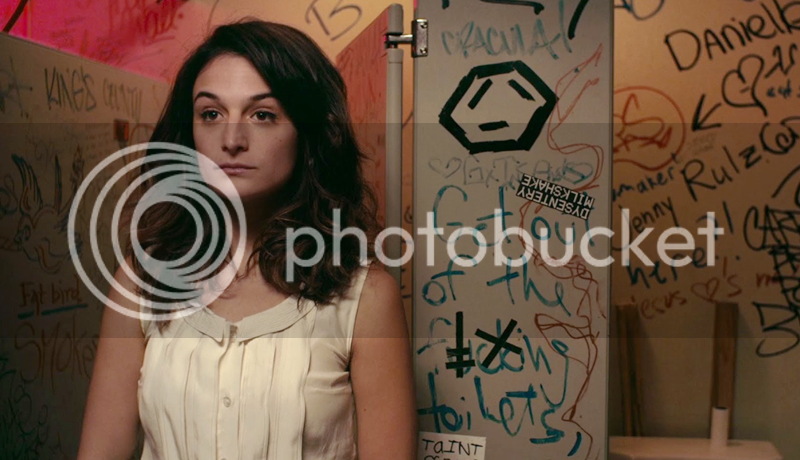 The romantic comedy genre is taking a strong beating due to big productions basically spurning out trash starring stereotypical characters doing typical things. Still, I don't think we can live without them - they're filler movies whenever we need to be occupied enough not to pay attention, or a guilty pleasure watch, or you're a romantic that likes to indulge in thoughts of that kind of love. Anyway, I'm not here to argue or discuss about the state of romantic comedies. However, I think there's been a small resurgence from the genre, ranging from the classics to independent films that try their hand in providing a romantic comedy that is good. Usually it's these films that stay away from the tropes of the genre, and deciding on stories that don't get utilized onscreen. Obvious Child is one of those films that defy the trope. What immediately makes the film stand out is that it is labelled as an 'abortion comedy'. While it gives away the entire premise, it doesn't rob you of the experience of the film unfolding quite nicely, making this one of the best films I have seen this year.

Donna Stern is a stand-up comic who hasn't gotten much a grip on her life. When her boyfriend breaks up with her, she launches into a state of break-up depression, from drunk-calling her ex-boyfriend, minor stalking (and jumping behind a car the moment she spots him), and to drinking binges, eventually leading her to a one-night stand with a seemingly nice guy. A few weeks later, she finds out that she is pregnant and decides to get an abortion. The rest of the film chronicles her life in a refreshing, honest way, as she waits until she can get the abortion.

Obvious Child is unapologetic. It doesn't go into a sphere of emotional manipulation, where the lead character goes Juno and decides to keep the baby. She's not plagued by people who try to change her mind and reason with her decision. We don't get montages of her seeing babies everywhere, or her forging a relationship with a guy thinking that they could become a family. We get none of that. Instead what we get is her perspective in the present: this is her life, she knows she's not ready to become a mom or even try a sort of relationship with a guy because she knows she's going to abort his baby. We watch as she struggles to distance herself from this man, and thinking about how her parents will react considering that she's always been berated to think further than the present. She might talk about her abortion in an off-handed manner, and yet there is curiosity in her words.

The film being unapologetic is further strengthened by Donna's support system. Nellie just had it done away when she was a teenager and didn't bother to tell anyone. She's rather vocal about it, that it was a factor of her life and she's unapologetic for it. She thinks about it, but she doesn't regret it. No emotional manipulation there. Then there's Donna's mother, who also shares her own experience about it. At some point it does comfort Donna, knowing that at some part of life, her own mother wasn't as perfect as she seemed. 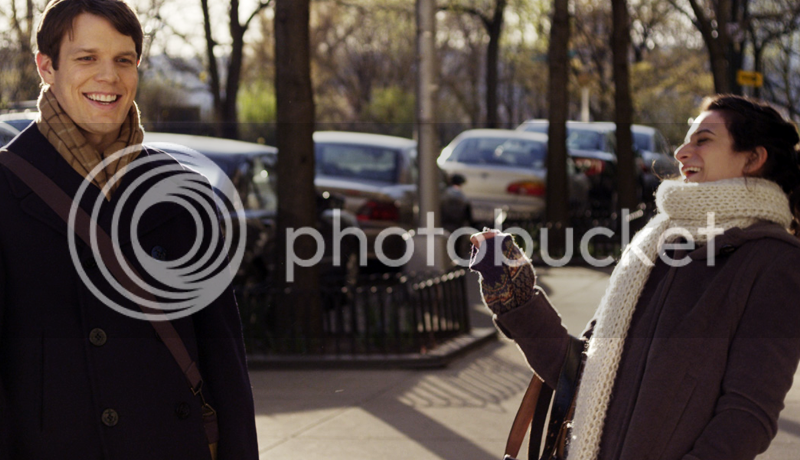 Beyond that, the film also unravels the inner demons Donna faces with herself. We watch her awkward, and yet slightly endearing (and quite natural) interactions with Max. She tries to distance herself from him, and yet she starts to feel compelled to tell him (signs) about it. Then there is her stability issue, that besides being a stand up comic, she should be holding onto something that would make her financially stable. While we never really see Donna having difficulty financially, her state of living suggests that she needs to think further than what is her current present. We also see a point where she thinks she should get her life together, or at least stop making decisions that lead to nowhere.

I'm only familiar with Jenny Slate as far as her recurring role in Parks & Recreation, but she is phenomenal. The moment she appears onscreen and starts talking about her life, she has you reeled in. I think Slate's brand of comedy isn't like the other female comedians that we're familiar with (I'm talking about females like Tina Fey, Amy Poelher, Rachel Dratch, Maya Rudolf, etc), but she is entertaining to watch. Her approach to the character and the situation given was perfect. She's not unhinged, or uptight, or carry much emotion that would have been too much for the character. She was great, her performance was superb. Her chemistry with Jake Lacy was actually adorable, considering they're playing two different kinds of people and it works. Their characters compliment each other, and the progression of their relationship was not forced.

The film provides a lot of comic moments, and doesn't dwell too much on the dramatics. But if it does, even those scenes are endearing. They give glimpses of Donna's life, and the variation of emotions that engulfs her. The progression of events and the interaction of the characters looked so natural that it felt real. Jenny Slate was fantastic in it. Considering the nature of the film, I understand that this is not for everyone. I think it can be considered as a risk to cover the topic and have it appear as such, but there's really so much more in the film besides it. Final Word: It has its flaws, but Jenny Slate's performance pretty much encapsulates why you should see the film. I actually watched it because of buzz about her performance, and I enjoyed it.