I think the theme of this double feature review is quite obvious. Here are two Richard Gere movies where he gets to play the ends of the spectrum - American Gigolo and Pretty Woman, released ten years apart. American Gigolo divulges, or at least tries to divulge the life of a male prostitute in the form of Julian Kaye. He's a bit high-maintenance - he prefers rich, older women, and only works for himself, something that his employers detest. He meets Michelle, a lonely woman who initially just wanted his services, but they find themselves in a full-blown affair. Beyond his personal life, he gets framed for the murder of a woman he had met once.

In a way the movie tries to show the ups and downs of his profession - he has no personal attachments, he lives a lavish and comfortable life, and his clients seem to be satisfied with his services. However, there's a stigma he brings to the room and only when he gets to talk to people personally do the real thoughts about him (both as a person and what he does) come to light. However, the movie's message doesn't really do much impact. The content wasn't enough for the movie to have some kind of hold. At the end the movie was wrapped up nicely but it still doesn't make us care for the character or his fate.

I think both the strong and weak point of the movie is casting Richard Gere for the lead role. He is charismatic which works, but at the times where he needs to have emotional depth, no matter how his character acted all sad and frustrated with his situation, it doesn't sell. I was still indifferent to him afterwards is because he still exudes that confidence even when he's at the brink for going to jail for a crime he did not commit. I have to commend him for carrying this entire production because his co-stars do nothing to elevate this. Most of the interactions Gere has apart from Lauren Hutton seem lackluster, and even Hutton has a bit of difficulty conveying other emotions herself. Even the exchanges between Gere and Hector Elizondo lacked conviction and mystery. 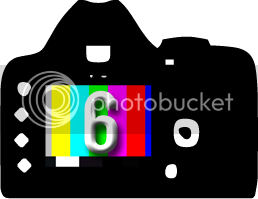 Final Word: The movie's costumes (Gere was well dressed even at times when he's supposed to look sloppy) and soundtrack were my favorite factors about this movie. I finally got around to watching this! It's kind of hard to enjoy a good romantic comedy when your views on romance are pessimistic as of the moment. We find Gere in the other side of the spectrum when his character, Edward Lewis meets Vivian Ward on the streets of LA and ends up spending the night with her. The following day he makes a proposition about hiring Vivian as his lady companion for the week, showing up at events and meeting people. As typical romantic comedies go, they eventually end up falling in love.

While it's easy to poke holes on the plot, it helps that Julia Roberts and Richard Gere have a chemistry that translates very well onscreen. Their characters know what they want, and removing all pretenses aside, they were able to get along very well despite their arrangement. The movie takes us to their whirlwind romance, touching a bit on the issue of Vivian's profession and Edward's stoic demeanor that changes because of Vivian.

The whole movie was enjoyable and you can't help but cheer for them. Roberts shone in her role as Vivian, bringing life in her portrayal. The soundtrack was great and livened the mood of the movie. Both collaborate again in Runaway Bride, but it doesn't capture their chemistry quite as well as this one.

Final Word: Despite the urge to go berserk about the plot holes, it's one of the more enjoyable Julia Roberts romantic comedies. I also liked the soundtrack.