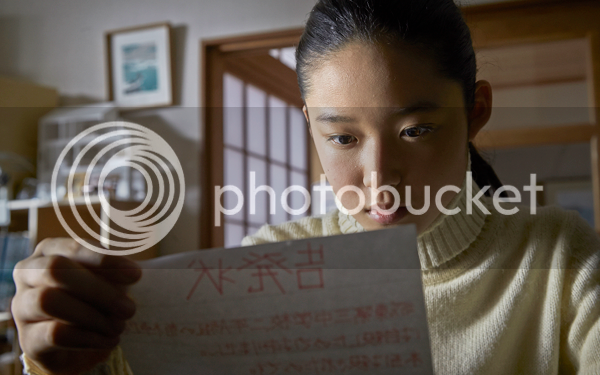 I don't want a lot of Japanese movies that have a mystery as its main theme. However, I do enjoy how they tackle mystery. From what I've seen, they like their build ups and their twists. Solomon's Perjury has those qualities, a lenghtly feature divided into two separate films. Unfortunately I only got to watch the build up but I'm quite interested on how the second part turns out to be.

Solomon's Perjury is based from a novel by Miyuki Miyabe. It talks about the mystery behind the death of an 8th grade student, found on the ground by two of his peers. His death was ruled as a suicide, but when a letter began pointing fingers at fellow students as murderers, it leads to students, led by 8th grade class president Ryoko, to form a court of students to judge the case for themselves. No adults will be involved in the persecution, and the students involved will be defended by their fellow peers. The first movie of the movie (Suspicion) mainly revolves around the formation of court, while the second part (Judgment) involves the proceedings itself.

I think the films could have been trimmed into one, but the way the narrative was done, it doesn't matter if the story was churned out to being out facts and theories, introducing characters who may or may not matter in the suspicious death surrounding the student. It also allows the main character points of reflection, and mirrors the reaction of society when children decide to not play by the rules and are determined to pursue the truth. It also brought some details about the characters to life, some scenes that explain the personalities and characteristics of the players involved. 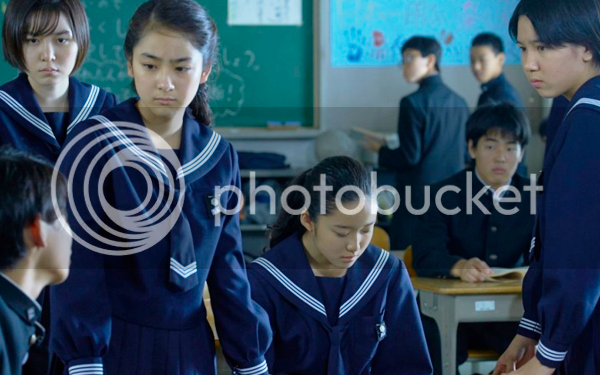 I've read that Ryoko is played by a newcomer actress Ryoko Fujino, and she was quite the stand out character. While the other child actors portrayed their roles well, it was her who captured my attention. Her performance was consistent, and her limited facial expressions allowed her to play the detrmined chatacter. Anna Ishii, who played Juri, and Miu Tomita, who played Matsuko also gave good performances. None of the male leads stood out in particular. The dead student, played by Ayumu Mochizuki did justice to his role as his absence haunted the characters he often interacted with.

I would have liked to see how the trial turns out. It's an extraordinary circumastance that an issue that explosive would be handled by students, students whose minds are still forming opinions and are still in the process of growing up. What they did was quite an adult thing to do, and a big responsibility at that. The first movie really did bring details out, letting the audience catch up on the insecurities of the characters as well as their motivations behind their actions. Final Word: The progression was quite slow, but it provides information and content to flesh out the main characters.