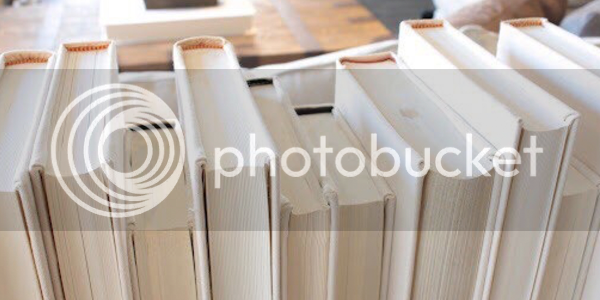 As seen with my dwindling movie-watching count, it has been replaced with copious amounts of reading. So while I'm getting to tackle some of the books on my never-ending TBR pile, I thought I'd share with you some of the books I've read for the first quarter of the year. The Shambling Guide to New York City by Mur Lafferty

This is a fantasy novel about a writer who writes a travel guide, but for the supernatural beings that visit New York. I found it entertaining to read because of the amount of interactions she has with different monsters (or coterie, as they preferred to be called), and the whole story plot with something grave that was going to happen in the city. There’s a sequel to this one (the sequel was the original idea) but I’ve stopped reading it as of the moment. (3.5 stars)

Brooklyn (the film) fell a little flat to me, so I went ahead to read the book in hopes of getting some answers. This is an immigration/coming of age story about an Irish girl named Eilis. It did provide me a lot of insight into Eilis’ thoughts, and the narrative has flowed smoothly, making it a perfect novel for a film adaptation. Looking back at the film, I still disagreed with some of the choices Eilis made, but reading the novel has made me understand some of her decisions. (4 stars)

The Knife of Never Letting Go by Patrick Ness

I finally got to take this book off my TBR and it was a fantastic read. It’s the first book of the Chaos Walking trilogy, and after reading one of Ness’ books and liking his writing style, I just had to begin reading more. This follows a boy called Todd Hewitt who was the last boy in Prentisstown. The town is special because people are infected with the Noise. Things go awry for Todd when he discovers a place that is silent, and the book launches his adventures from there. It was very fast paced, and clues are given to what has happened and what was happening but it’s still thrilling. This was one of the books I got emotionally invested in this year, highly enjoyed this one. (4 stars) I wasn’t really sure what this book was about but a lot of people have been talking about it so I gave it a try. This was a really good book, definitely worth its hype. It transpires to the past and present, a pre-apocalyptic world and the aftermath of a flu that wiped out most of the civilization. It focuses on an array of characters, so each of their stories are different yet are interconnected. It’s best to go in this book blind, or knowing as little as possible because it elevates the reading experience. (4 stars)

The Readers of Broken Wheel Recommend by Katarina Bivald

Now this is a book for book lovers everywhere. I thought that the narrative was slow-paced (it really was slow, like the author was choosing her words carefully to describe the town and the people in it), but moves steadily. There’s an array of characters that are all different from each other but make one community. One of my qualms about this book is that I wish the author included an index of all books and authors mentioned. After all, her book is about books, so that index would have helped readers look for the selections she mentioned, instead of stopping once in a while to write down authors and titles to note. (3 stars)

This graphic novel basically narrates the world of film – from filming styles, perceptions of the human body, the setting and spaces of the film and so on. I don’t read a lot of film books, nor do I know a lot about film theory and so fort but this is a good information book about it. I wished that the pages would be colored though; after all film is a visual medium, and it would have helped the graphics if it looked like it was leaping off the pages. (3 stars) I’ve never read Alice in Wonderland until this year – and I read it because I loved the copy I acquired. I didn’t realize it was quite short, and the animated version resembles the book quite closely. I did like this better than the adaptation – the tone of Alice was very childlike, and while she displayed tones of arrogance, it still doesn’t take anything away from the story. (4 stars)

The Name of the Wind by Patrick Rothfuss

This is the first book of the Kingkiller Chronicle and I picked it up because of hype. It's a fantasy novel about a man named Kvothe and his story, as in his world he's somewhat of a legend. The narrative is lovely. It's not action-packed or plot driven, but it does portray a person accurately in a way that the narrative doesn't lean to hope or desperation. Rather it's a balanced account of a character's story. It's interesting and the story just takes you in but unfortunately the hype kind of killed it for me. I'm still going to continue with the series because I want to know what happens next, but maybe not anytime soon. (4 stars)

The Diary of a Teenage Girl by Phoebe Gloeckner


I wanted to watch the film adaptation of this but reviews had me cautious because they mentioned that it’s a bit hard to watch – so I decided to read the book to prep me up for it. I found it hard to finish the book because Minnie was such an unlikable character and I’ve struggled to understand her intentions. The book is also a bit autobiographical. (3 stars)
at 11.4.16
Labels: books