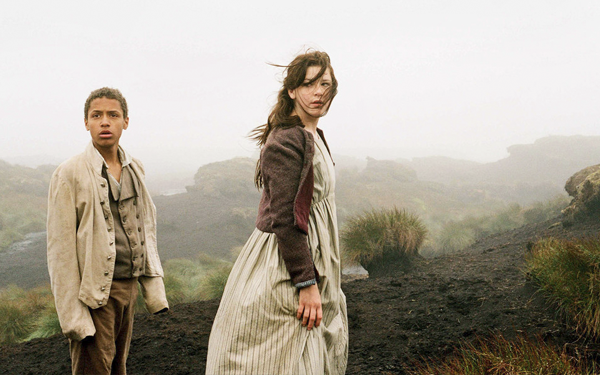 When it comes to classic literature, I live under a rock. I did not know what Wuthering Heights was about. I knew it had characters named Cathy and Heathcliff but beyond that, nothing. Andrea Arnold's adaptation was my first foray into this piece of literature - and I wasn't sure if this was the piece that I should have started with. Wuthering Heights tells the story of two people, and how their love bloomed in the wrong time.

The film is divided into two parts as the film follows a young Cathy and Heathcliff and how their relationship blossomed. The film eventually transcends to an older Cathy and Heathcliff, and the aftermath of their separation. The division of the film shows the contrast between the two sets of characters. The interaction between young Cathy and Heathcliff were minimal. They were mostly together but their conversations were limited. Instead, the development of their friendship was shown through physical means - not explicitly touching of any sort, but their being together was simply enough. As they grew up, they both knew they were leaving things unsaid; we're left to decipher the glances and the actions but the message isn't subtle - they do like each other.

The verbal manifestation of these feelings come in the latter half of the film, where we meet an adult Heathcliff coming back, refined and with pockets full. We also meet Cathy as a married woman, living comfortably in a new home. They don't daly and deliver their messages - the hurt of being left behind, not choosing one another, unresolved issues they had regarding about what could have been a great relationship between the two. Unlike the first half where there were a lot of scenery and very little things said, this half pushed everything out, every gut wrenching emotion required from the characters. 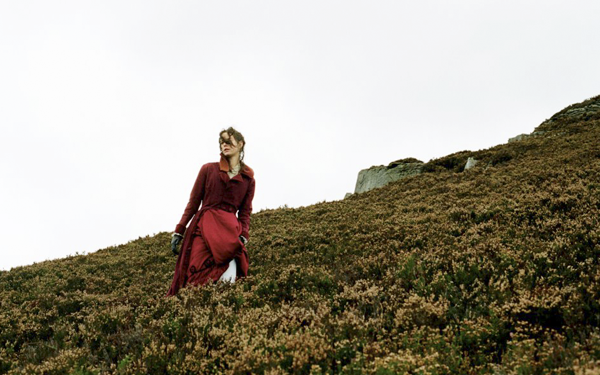 Did this adaptation do justice to the source? Prior to researching, I wouldn't know. Performance wise, I preferred the first half of the film. The actors were able to portray the development of their relationship without so much use of words that it makes the film's approach artistic. However, the latter half failed to convince me to root for Heathcliff and Cathy. I was very disappointed with Kaya Scodelario's performance, and James Howson only gets emotionally invested towards the end of the film. The connection that was established in the first half of the film was completely abolished by the latter half. I thought that the feelings would carry on with a different set of actors, but it didn't. I would have to read more about the book to understand the story as there were some questions left unanswered. The cinematography was good - the filming style added to the already chilling atmosphere of the setting.

The contrast between the two parts are clear in Arnold's adaptation - a friendship blossoming in a serene setting versus personal regrets in a more chaotic setting. Considering that I don't know much about the story, this probably shouldn't have been the first adaptation I started with. Nonetheless, it's different from the traditional format in so many ways.
at 23.2.17
Labels: director: Andrea Arnold, drama, James Howson, Kaya Scodelario, romance, Solomon Glave