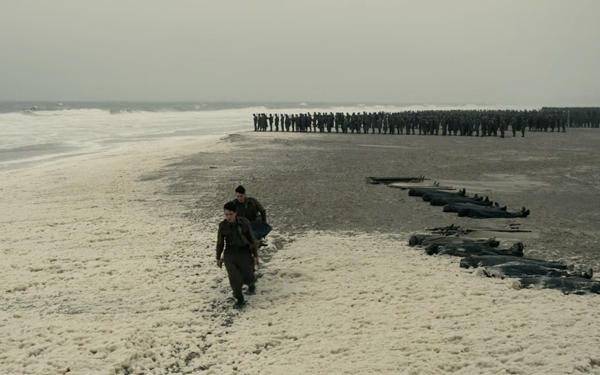 For the record, I don’t normally watch war movies and in turn, have not seen a lot of them. My brain shuts off when I hear that a movie is set during some kind of war. Movies like Captain America and Wonder Woman don’t count because even if they are set in a world war background, the war isn’t the focus of the film. Because of this, I haven’t seen any of the great war flicks, or watched movies that I am genuinely interested in watching because of the war aspect. However, I found myself paying to watch Dunkirk, with 50% of the reason being the fact that if I wait for it on DVD, there is a high chance that I wouldn’t watch it immediately. That ticket was definitely worth it, as Dunkirk is a flawless work from Christopher Nolan.

The film is divided into three sections with a specific time span. Mole takes place for a week, sea for a day, and air for a hour. As the scenes progress, the three stories will eventually collide, their collision affecting the lives of the primary players on scene. The primary narrative rests in the hands of Fionn Whitehead, who we meet as an English soldier running for his life when German solders attempt to shoot him and his comrades. When he reaches the trenches of the French, he eventually finds himself on the beachfront, where British and French soldiers are waiting for evacuation through sea. The Germans have them surrounded in the town of Dunkirk, and the soldiers are waiting for their salvation. The second narrative involves a father, his son and his son’s friend heading to Dunkirk to help with the soldier evacuation. The third narrative has three pilots watching out for enemy planes as they oversee the evacuation from Dunkirk beach. Veteran actors, notably Kenneth Branagh, Mark Rylance, Cillian Murphy, and Tom Hardy, helm a specific section.

There is minimal dialogue, but Nolan still manages to bring a powerful story of hope and survival through imagery and acting. He was able to portray their strength, determination, and bravery in so many scenes. Even without character development, his characters had personality, and he manages to get the range of emotions required from his actors without scenes verging to hysterics or numbness. I think the kind of acting expected from the notable names is very much present in this film. What I was on the lookout for was how the new names in acting portrayed themselves in the film. Of all the main characters, Fionn Whitehead was the one with the least number of lines, which portrays the kind of character he was. He, as well as Harry Styles did well in their roles. 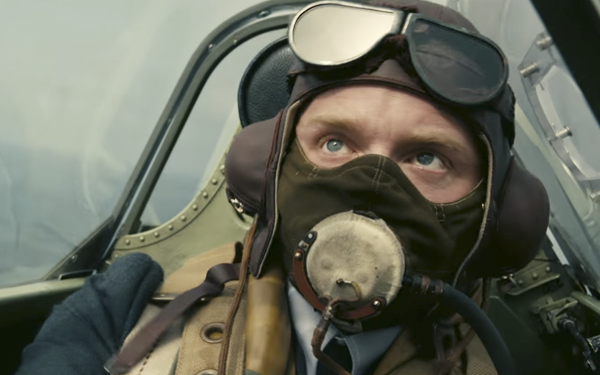 What helped with Nolan’s storytelling style is the cinematography, musical score, and editing that weaved this flawless film together. It’s hard not to be surprised at the sharp sound of a gunshot tearing through the scene as a number of soldiers walk on the streets, or hide in a boat in hopes of the tide coming in soon when everything was initially quiet. There were a lot of scenes framed perfectly, like finding the survivor of a bombed ship in the middle of the ocean, or the soldiers grouped together and hitting the deck when an enemy plane flies over them. The score that accompanied the scenes added to the tension and gravity of the situation.

This is the most straightforward film I have seen from Christopher Nolan. It's not flashy, nor talkative, but his narrative was supported with talented folks that helped make this Nolan's masterpiece.
at 7.8.17
Labels: action, Aneurin Barnard, Damien Bonnard, director: Christopher Nolan, drama, Fionn Whitehead, history