The Solitude of Prime Numbers 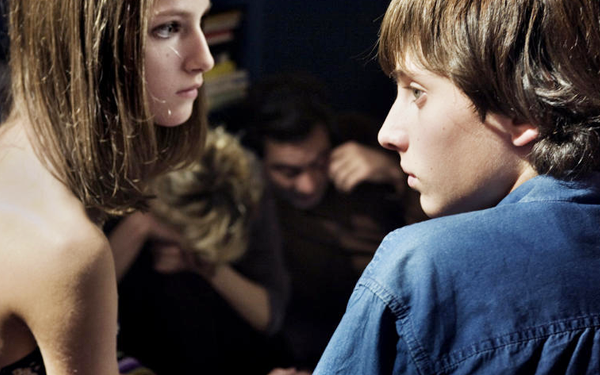 It’s rare for a non-English movie that I want to watch be available for streaming, so when this popped out, I took my chance and watched it. This is based from the novel of the same name, and tells the story of Alice and Mattias, two people whom had traumatic experiences that haunted them to their adulthood. The title refers to them being compared to twin prime numbers, that no matter how close they were, they still won’t be together. As much as I liked the book, I wasn’t a fan of the adaptation.

My main issue about the film is how disconnected it is to the material. While the characters are depicted as often alone and in isolation, they were compelling enough to be rooted for, even if their relationship turned out to be similar to prime numbers. There is a connection between Alice and Mattias that makes them sympathetic. The film depicts their isolation very well, but fails to uphold a strong connection between the characters. Since it was told through different time periods and in a non-linear manner, there wasn’t any time to see their relationship bud into anything. There is a lack of connection that would make one cheer for them, to achieve their happiness. I didn’t mind the style of narration, but I wish that it could have scrapped out the childhood (they meet during their teenage years) part and have that be revealed on the important scenes. The dramatic impact was lost because I think that the childhood event becomes pivotal to the only intimate scene that Alice and Mattias share, since the audience already knew Mattias’ story from the beginning.

I thought that the acting was all right, even when I wasn’t getting the emotion I was looking for in this film. Both main characters seem one dimensional, and there really wasn’t any time for any character growth despite the lengthy runtime. I think the film missed out on the essence of the book. It did dabble on creative changes to better suit the narrative but it lost what made the story appealing.
at 8.1.18
Labels: Alba Rohrwacher, Arianna Nastro, director: Saverio Costanzo, drama, language: Italian, Luca Marinelli