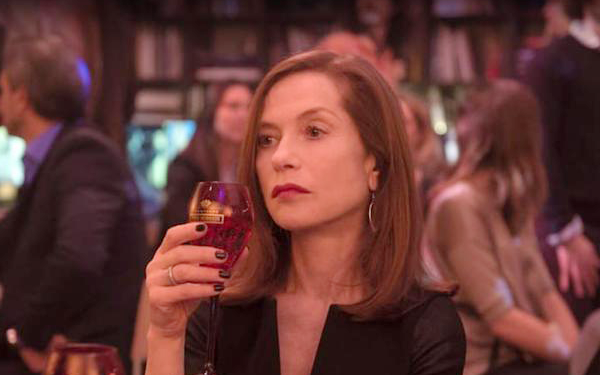 Note: spoilers So, what is this film? It stands in the middle of being a plot driven and a character driven film. I might even be wrong. I don't really know what to make of it. When you screaming 'what the hell is happening' every five minutes on the screen, your thoughts about it are mostly up in the air. If you dissect it - acting, dialogue, cinematography, editing, sound, direction - and find that the factors compliment each other, why am I not raving about it? I'm confused with what I've seen, and I don't think I would revisit this film at all.

Elle tells the story of a gaming company owner who was attacked and brutally raped in her own home. The film opens at the height of the attack, and its branches start from there. It is revealed that she is the daughter of a loathed murderer and is implied that she might have an involvement in the murders. She has a son who is living with a pregnant woman, and she is convinced that the baby isn't her son's. Her relationship with her mother is patchy, at best. On top of that, she is working on a game that has been delayed for months.

The main plot point is to find out who attacked her, and that carried on for a good 2/3 of the film. Everything else that engulfed the film had something to do with the development of her character. I found the film to be too long for its content. It also lacks focus; there was too many events going on in this film for any kind of narrative to matter. She gets involved into so many affairs that character involvement becomes both a good and a bad thing about it. It's good that everyone around her isn't stagnant, but because she's mainly defined by her strong attitude and the reaction she had to her attack, it doesn't leave much time to focus on her character. The bits and pieces scattered here and there don't really matter if they don't form a connection. 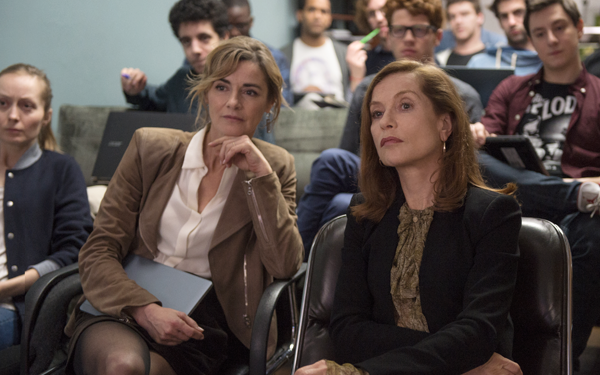 Is Michele supposed to be an unlikeable character? On one hand, she displays a personality that is admirable: resilient, strong, powerful. However, it's as if her brain switches to some other frequency when her sexual desires are the focus. The writing makes it appear that her sexual desires overpower anything sensible - and it shows in the progression of the film, particularly when she finally discovers who attacked her in her home. Those scenes were disturbing, and when she starts to actively participate in the 'attack', it was difficult not to start screaming on the screen. As a character in general, I don't really care about her. I don't want her to be in danger, but I am not actively rooting for her either.

I think that there is a thread between her situation with her father and all the horrible things happening to her, but that is one invisible link. It's there, but it's not evident nor is it subtly there. I did not get anything substantial in this film. I was just confused. It did know how to keep your attention to it. I was on the verge of giving up, but I was curious to see how it ended. Because the film lacked focus, the narrative seemed to be everywhere and nowhere at the same time. There was a lot happening but its contributions weren't much, if any at all.

A big factor for me on films is its enjoyability, and I don't think I even enjoyed this film at all. It is a film that a lot of people seemed to love, but I don't see it. I didn't get much under the surface from it. I'm not even sure if I liked Isabelle Huppert's performance. I think she was okay, but I also think that she falls under a typecast, so her range doesn't vary. I would still watch her other works, but I would probably pick something a little more mellow to see if anything about her performance changed.
at 12.3.18
Labels: Anne Consigny, crime, director: Paul Verhoeven, drama, Isabelle Huppert, language: French, Laurent Lafitte, thriller