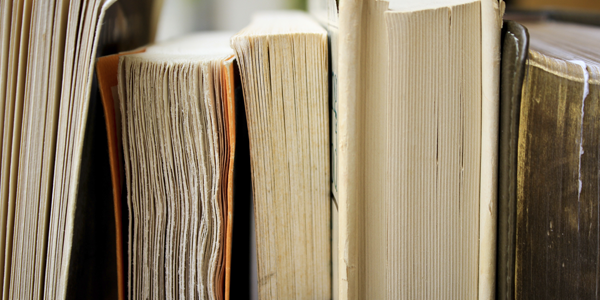 This has to be my current favorite year end list – my favorite books of 2016! Last year was a year of reading. I got to read a variety of things: some were excellent, while others were bad or disappointing. I read books that wedged themselves in my all-time favorite books, and revisited some favorites when a reading slump was due. This list is composed of 10 of my favorite new to me books, as well as other books I really enjoyed. The books on the list are not necessarily published during 2016.

WONDER by RJ PALACIO
The main character has a face deformity and was kept sheltered his whole life – until he enters the fifth grade. This was an uplifting story, told in multiple points of view. RJ Palacio manages to weave in so many emotions in the narrative and this does not fall short of expectation.

STATION ELEVEN by EMILY ST JOHN MANDEL
I love how this was written. It’s mostly set during the future (after a flu wiped a good number of the population), but the characters mentioned are somehow connected to each other, both during the past and the future (present). It’s a slow read, but I really like the seamless weaving of the stories to make one big narrative.

HOWL’S MOVING CASTLE by DIANA WYNNE JONES
I picked up this book because of the Studio Ghibli adaptation – no wonder why they chose to adapt this, it’s very fitting for the kind of movies they make. It’s vibrant and fun, with the characters being charming and delightful as they were in the movie.

A MONSTER CALLS by PATRICK NESS
This was recently adapted into a film, and if you liked it, then you’d probably like the book too. This deals with a boy who is visited by a monster every night. The main conflict the boy faces is that his mother is sick, and he wasn’t really sure why the monster kept on visiting him. This is the kind of book that I think most people can relate to, and Patrick Ness’ narrative makes it easy to approach.

ABOUT A BOY by NICK HORNBY
I think Nick Hornby is a hit-or-miss writer. He has standout works, while others just don’t stick out as much. This is one of his standout works, and boasts a really good film adaptation as well. It was funny and charming and made me want to pick up more of his works.

READY PLAYER ONE by ERNEST CLINE
Ready Player One was a surprise. The premise itself was interesting, and this made me root for the characters. It’s full of video game references, and the adventure aspect of the novel made the entire narrative fly by. This is one of the books that is impossible to put down, especially once it picks up momentum.

JURASSIC PARK by MICHAEL CRICHTON
If you liked the movie, chances are you’d also like the book, thus making it on my favorites of the year. It was exciting and thrilling and made me want to scream at the characters. I enjoyed the build up of the setting and that the thrill didn’t cease once the main events started happening.

LOVE, OR SOMETHING LIKE LOVE by O THIAM CHIN
I rarely read short story collections, but when I do, I tend to read an author’s body of work instead of reading a collection from different authors. This book I could not stop reading. Some stories stayed with me, and it wasn’t because love was the topic of the collection. Rather, it’s the different situations and periods that the author used to illustrate the kind of love he wanted to leap out of the pages. For a non-short story collection reader, this book was approachable. His writing style invoked vividness in imagination. I also liked this a lot because unlike other short stories I’ve read, this wasn’t abstract and I was able to enjoy the stories without thinking of anything else I might have missed.

THE LONG WAY TO A SMALL ANGRY PLANET by BECKY CHAMBERS
This is different from other science fiction books I’ve read because this is character driven. There’s no mysterious alien force, or some conspiracy that the main characters have to solve, or an action-packed adventure type narrative. The plot is very straightforward, but makes up for it with the rich world building that the author has mixed into the story. There are different cultures, practices, beliefs and principles that make up this world. The characters are not monotonic but are a reflection of the world building that was set up.

CONFESSIONS by KANAE MINATO
I only read this at the last month of the year but I simply could not let go of the narrative days after I finished it. It was so cruel and cold, and yet impossible to put down. This book is a revenge tale of a teacher accusing his students of murdering her daughter, as well as the aftermath of the events. Each chapter is from a different person's point of view. It certainly puts doubt on the characters encountered, but not so much as anything was left unanswered.


Other awesome books: The Rest of Us Just Live Here by Patrick Ness, Futuristic Violence and Fancy Suits by David Wong, Brooklyn by Colm Toibin, Big Little Lies by Liane Moriarty, Something New: Tales of a Makeshift Bride by Lucy Knisley, The Da Vinci Code by Dan Brown, Monsters by Emerald Fennell, Smaller and Smaller Circles by FH Batacan, A Court of Mist and Fury by Sarah J. Maas
at 16.1.17
Labels: books