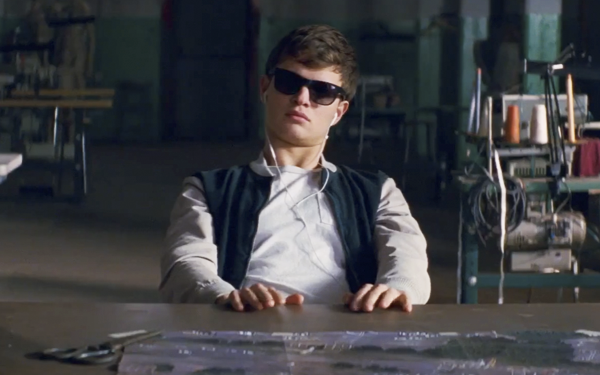 Baby Driver is about the life of a young man who works as a getaway driver for a heist group. The driver, aptly named Baby, is quite the music enthusiast, and employs a soundtrack for his daily life. All of this is revealed during the opening sequence, marking the momentum and the kind of character Edgar Wright visions Baby to be. Baby’s life, and thus the narrative, takes a turn when he eventually meets another music-loving soul. *review contains spoilers

The character clearly fits Ansel Elgort. Elgort has the looks that goes with the cool and unfazed nature of Baby, not to mention his interest and passion in music. Beyond setting a soundtrack for his activities, Baby also has a habit of mixing sounds, using his daily interactions that he secretly records. He is joined onscreen by a slew of big names, namely Jamie Foxx, Kevin Spacey, and Jon Hamm.

Because the film focuses on his life, he is the only realized character present. The rest of the cast is rather two-dimensional, and though the writing tried to add some character development to two prominent characters, it was too late in the end. These two characters are Debora/Debbie played by Lily James, and Doc, played by Kevin Spacey. Debbie acts as the main love interest, with the same interests as Baby and a longing to go anywhere. Her character gets some kind of personality kick when she’s suddenly a member of a ‘Bonnie and Clyde’ kind of group. The same goes for Doc, when he turns out to be a bad-guy-with-a-heart. I think both of those personality changes are a bit uncharacteristic, although it adds to the uncertainty of where the movie is headed. Because of the two dimensional characters, it was hard to get attached to any of them. 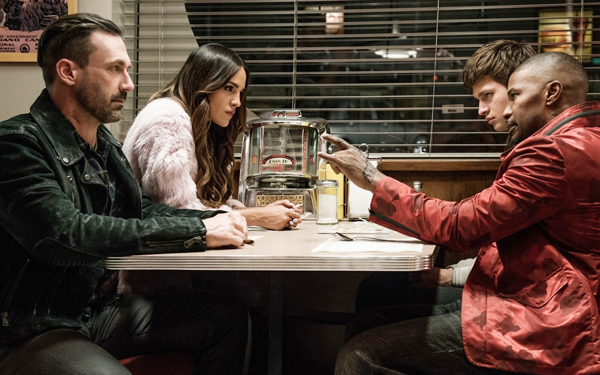 The action sequences are quite intense and it doesn’t let down. The opening scene was a tease to what to expect in the rest of the movie. Edgar Wright has incorporated these scenes in such a way that one is not sure about the direction the movie is going. These scenes are the adrenaline of the movie. When it’s not squeezing out action packed scenes, it is the time where Baby’s life is reflected on. It is through these moments that Baby turns out to be a rounded character.

I don’t claim to know everything about Edgar Wright, but something nagged me about this film. I think there was a shift in his writing, and it’s reflected in this and in Ant-Man. I’m only basing this opinion between five movies, the Cornetto trilogy (Shaun of the Dead, Hot Fuzz, The World’s End) and the aforementioned movies. While all five pieces are similarly written, I think Wright is pulling out from the kind of humor he had in the trilogy and to a less subtle approach in comedy. Maybe he employs it for his American movies, as humor can be different between ponds. I don’t think it is a bad move, but I just don’t know what to feel about it. Again, this is just an opinion and I might be over thinking the scripts of all five movies.

Baby Driver is a flashy affair added with its own soundtrack that is part of the hype. While it was a great, fun film to watch, it could have used a defined character development for the other characters at play.
at 28.8.17
Labels: action, Ansel Elgort, crime, director: Edgar Wright, Jon Bernthal, Jon Hamm, music