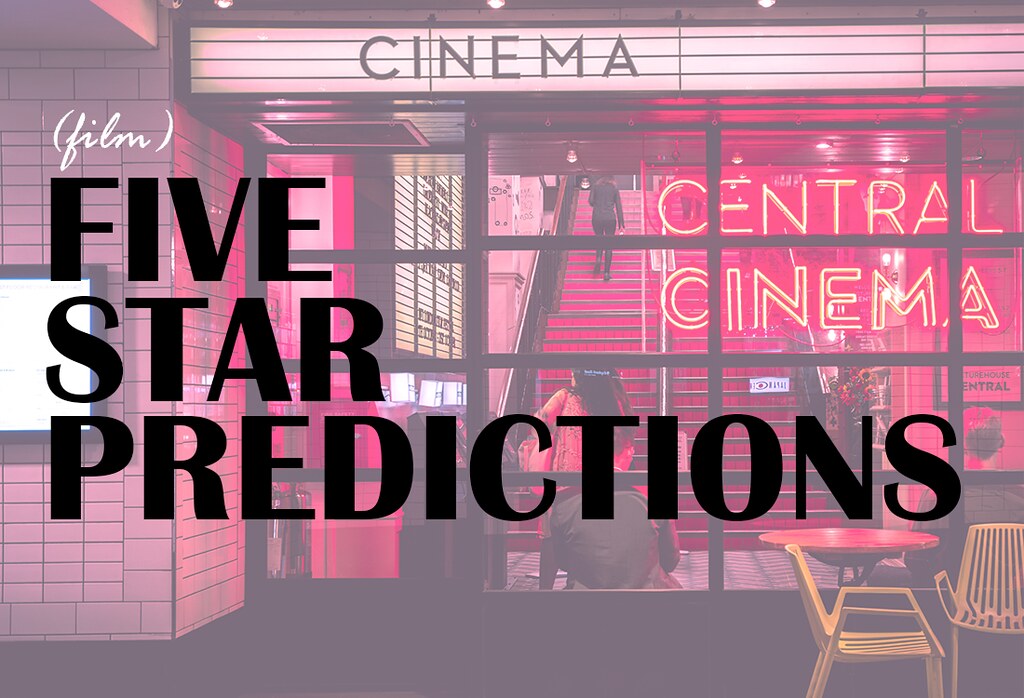 I'm an avid booktube watcher: hauls, unhauls, monthly wrap-ups, book reviews, I'm there. One of the 'listing' videos on there is a five-star prediction video in where they pick out books that they think they would love and give five stars to. Well, it's that, but instead of books I'm going to pick out films and see whether I end up giving them five star ratings. Truth be told, I'm extremely stingy with my five star ratings (both books and films alike). Even my favorites rarely get five stars, so this would be interesting for me. I only considered films that have already aged a decade (2009 and before), so here are five films that I think I would give five stars to.


I watched The Godfather as a blind spot series pick a couple of years ago. I ended up giving it 5 stars, and even mentioned that I was going to watch The Godfather Part 2 soon. Well, soon is now. I heard the sequel was also a fantastic film, so fingers crossed!


Everyone loves David Fincher. Everyone also talks about Zodiac when it comes to David Fincher. I've seen a few of Fincher's work and liked it, though I don't think I've ever given one a five star. This might be that 5-star film.

The Silence of the Lambs (Jonathan Demme, 1991)


Hannibal has been in pop culture for a long time, quite recently with the Mads Mikkelsen show of the same name. While this seems to be a series of its own, I'm going with this installment simply because it's the most known one. I think this is definitely a five-star worthy film.


Quentin Tarantino is a hit-or-miss for me. He does do interesting films, but some are more memorable than others. I feel like picking this is a bit of a self-sabotage because of my track record but part of why I decided to go with this is because I think this would actually be a really good candidate, and I am kind of all for the whole revenge thing Uma Thurman has going on here.

I am giving this another shot with the mentality that if I absolutely adored The Sound of Music, I would absolutely adore this as well. There is a reason why this is a beloved Disney film, and it also stars Julie Andrews so really, what's not to like?

After writing this, I feel like this is similar to the goal of the blind spot series (except for this you're going in with all the expectation) but here we are and here it is. I don't think I would be doing a full length review for all five, but I will be doing a results post to share which ones actually get 5-stars.
at 9.4.19
Labels: lists