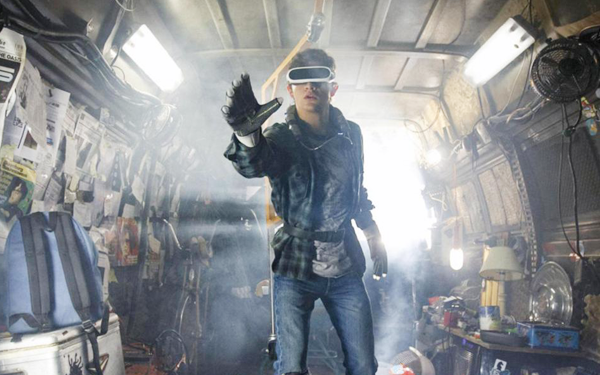 Ready Player One is Steven Spielberg's latest foray back to the world of adventure movies. Based on the novel by the same name, this focuses on a digital world called the Oasis, and the game that the creator has set place in his death to find a successor - both for his fortune, and the control of Oasis itself. In any adventure story, there are the good guys and the bad guys. The film is led by Wade Watts, who goes by the name Parzival in the Oasis. He grew up in a poor charter in Ohio called the Stacks, and he wanted to win the prize money simply to better his life. It was only when he met a star player, Artemis, that his views about the contest has changed, and he along with the other players teamed up to defeat the bad guys. The villain is played by a corporation, led by Sorrento who would stop at nothing to win the game. With the world being focused on a digital scale (as well as the massive references the source had), this was going to be a feat visually. It was visually appealing, but veered more on style over substance. (SPOILERS)

For the numerous references the source had, it would be impossible to feature it all in (and get the rights to it), so it made with what it can - which meant steering a bit away from the book - but I thought it was an achievement. One of my favorite parts of the movie was clearly 'The Shining' bit; it adds to the thrill especially if you've seen and loved the film. This was a plot driven movie, and it really focused on the central plot. However, it lost a lot of substance as to what made the book appealing. It was more than the pop culture references that were thrown here and there. The movie lost a lot of characterization, and a major moving point of the source was that the reader (in this case, the viewer) has to be truly invested, to be sucked in the world in such a way that the viewer is forgetting that this is all happening digitally, and that no harm was coming in the way of the actual player. This was ultimately changed in the movie, where instead of the characters coming together in the end, they were written to meet midway instead, and had to fight the corporation on and off screen. The movie made the clear distinction between the two worlds, and I think that took out the feeling of being involved into the action. Granted, they had to actually show the actors, but being in and out of the digital world was taking a toll on the movie. To be able to fit a lot of details in order for the movie to make sense, there was a lot of info dump. It helped, but at the same time it didn't. There was information that was just there but didn't play any part in the movie.

As I've mentioned, the direction it took had a casualty in terms of characterization. The characters were people that the viewer was supposed to root for, individually. Instead, they were bunched into a rebellion group, and when the headquarters was attacked, only one person was captured alive. The whole rebellion group basically served as a plot device and wasn't referred to again in any way. For a leader of the group, Artemis seemed to care less about the whole group. Even the romance arc between Parzival and Ar3mis was unbelievable. Because there was a lack of characterization, there wasn't really anything there to explain the romantic attraction - except that he was impressed with her scores, and that's it.  If there was any characterization at all, H had a solid one - fighter, tinkerer, actual friend. I would say that Lena Waithe would be the MVP of the movie. 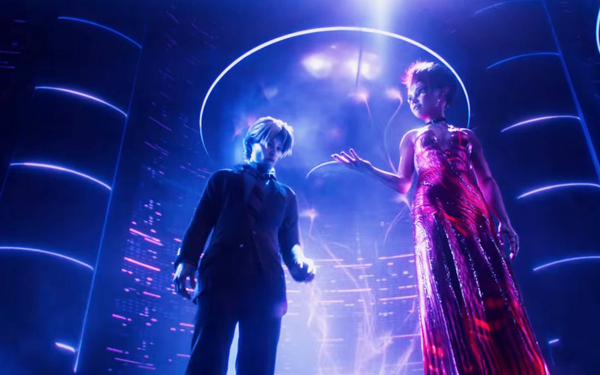 The villain was such a caricature. Ben Mendelsohn was trying to make it work but the characterization was so bad. It was coming across as a comical man who was trying to make the world believe that he was truly evil. Mark Rylance played the creator, and I think he was okay, but he wouldn't be my first choice to play the character. I would have loved to see more of Simon Pegg; he had an important part in the story - the third act in the novel was my favorite, and I would have wanted to see that play out accordingly. The main actors - Tye Sheridan, and Olivia Cooke - weren't given much to work with. I don't think that this was a bad performance for either of them, but it wasn't great either. As I've mentioned, Lena Waithe is one of the best things about the movie, both her actual character and her Oasis character.

Taken on face value, this was fun. It was adventurous and exciting, both in reality and in the game. It was visually pleasing; it looked like a game simulation. Did I expect too much from it? Probably. I wasn't impressed by it as a whole. There were certain parts I loved, and parts that I think were completely lacking. I think it's safe to say that this was an okay effort by Spielberg. A lot of people seemed to really enjoy it, thus putting me on the minority about this.
at 12.4.18
Labels: action, adventure, Ben Mendelsohn, director: Steven Spielberg, Olivia Cooke, sci-fi, Tye Sheridan